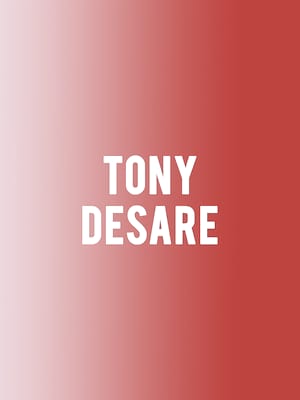 DeSare is a lean, baby Sinatra with burning brown eyes and flashing teeth...his intonation and enunciation are impeccable.

When Tony Desare steps onto the stage, it's as if Ol' Blue Eyes himself is channelled through him. The foremost Frank Sinatra interpreter of his generation, Desare has taken his place alongside revivalist crooners like Harry Connick Jr and Michael Buble thanks to his virtuosic vocals and piano technique, as well as a dry humour that keeps audiences rapt in between songs.

A native of New York state, Desare embarked in his musical journey aged 17 and later moved to the Big Apple to further his career. Fate had incredible plans for him - after a highly publicised gig in Times Square, he landed a role in the celebrated Off-Broadway musical Our Sinatra and his relationship with the Rat Pack icon began in earnest. Backed by a live orchestra, Desare comes into his own, wether performing songbook classics or rock and roll anthems.

About Cedar Falls Theater: We are an independent show guide not a venue or show. We sell primary, discount and resale tickets and prices may be above or below face value.

View all times and dates

Sound good to you? Share this page on social media and let your friends know about Tony Desare at GBPAC Great Hall.