Sorry! You missed Kelsea Ballerini at US Cellular Center

Unfortunately, we don't have any information about upcoming performances of this show. Maybe we can interest you with something similar from the options below... 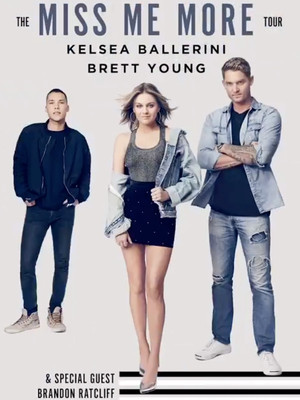 Her voice is winningly sweet, and also durably strong - it suggests a carefully withheld tenderness. And she is an elegant songwriter

Nashville native Kelsea Ballerini grew up in the city synonymous with country music, so it came as little surprise when she swapped her dance shoes for a microphone, writing her first song for her mother at the tender age of 12. When she pursued her musical career professionally some years later, Ballerini skyrocketed to international attention when her debut album The First Time produced three platinum singles and rode the top of charts in 2015.

The fast-rising country songstress is back and hitting the road this spring, fresh off the back of the November 2017 release of her second album Unapologetically. A heady blend of slick pop production, country honesty and the singer's emotive, soaring vocals, the LP is a sonic diary in which Ballerini bears the highs, lows, love and losses of growing up, sharing her journey of self-acceptance in the face of high-pressure fame with her fans.

Joining Ballerini on the road for her final string of dates beginning in April is no other than the 'In Case You Didn't Know' singer Brett Young, who recently released his new album 'Ticket To L.A.' and Brandom Ratcliff will also be sharing the stage.

And before you stop reading

Sound good to you? Share this page on social media and let your friends know about Kelsea Ballerini at US Cellular Center.